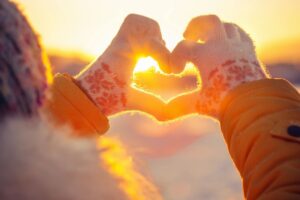 I miss the days of reading to my son.  He’s fifteen now and too old for that, right?  And what would we read together, anyway?  He liked Of Mice and Men but thought it was too sad. He read To Kill a Mockingbird and didn’t understand “what the big deal was.”  *Gasp* *choke* I think they switched him at birth.

He loves funny so I got us a book called Spanking Shakespeare.  I guess I should have inferred from the title that it’s not a story about a famous writer getting whipped. So we couldn’t read that together.  When I passed it on to him, hinting at the content, he said, “Why don’t we both read it and pretend we didn’t?  And then we’ll make a pact to never talk about it again.”

Last year in a rare moment of togetherness we were stretched out across his bed, staring at the ceiling, when I said, “Remember when we used to have read-aloud marathons?  And we read all the Junie B. Jones books?  And then Weird School?”

“I miss those days, don’t you?” I said.  He mumbled something (let’s pretend it was ‘yes’) then escaped to play a video game with friends.  And the moment was gone, like a spark in the night.

Or so I thought.  A week later, on the first night of Hanukah, I found a gift waiting for me.  It was wrapped as only my son Ari would, so crooked and crumpled that I thought maybe my husband had taught the dog to wrap.  When I opened it I found a book with a tiny post-it on the front that said, “I’ll explain.” And then Ari said, “Mom, remember when we were talking about the read-aloud days?  And you said you missed that so much?  I found this book on my shelf and I haven’t read it yet.  So I thought maybe you could read it to me over break.”

For awhile we got back into reading together.  But mostly we don’t. He rolls his eyes and disappears into his room when I suggest it.   I tell myself I’ll find the perfect book, maybe a mystery or something funny that doesn’t embarrass both of us, but I never do.  Another month goes by and he’s off on his bike, off to wherever he goes, that place of growing up and finding his own fun.

He goes out and probably never thinks about books.  Or home.  Off to that place of secrets where I’ll never know him.  But I’ll always have my read-aloud heart.

The Filter is Off